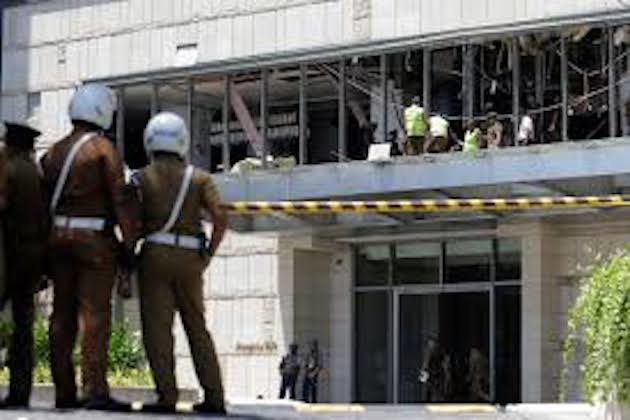 <p>COLOMBO, Sri Lanka - Twenty four people have been arrested in connection with the wave of terrorist attacks that swept across the island nation of Sri Lanka on Easter Sunday.</p><p>Police are still unclear as to who was behind the attacks, or the motivation for them.</p><p>On Tuesday the death toll from the attacks soared to 321, with more than five hundred injured.</p><p>The series of bombings shocked Sri Lankans as they understood their era of violence had long passeds, with the ending of the civil war a decade ago in 2009.</p><p>In a surprise development, Sri Lanka&#39;s Prime Minister Ranil Wickremesinghe has confirmed security officials were &quot;aware of information&quot; that attacks were planned, but had not acted on the intelligence.</p><p>In another development, trhe Sri Lankan Air Force revealed it had found a a huge bomb near the international airport just north of the capital.</p><p>&quot;A PVC pipe which was six feet [1.8m] in length containing explosives in it was discovered,&quot; spokesman Gihan Seneviratne told local media.</p><p>(This story was updated Tuesday 23 April 2019 with the latest death toll).</p>