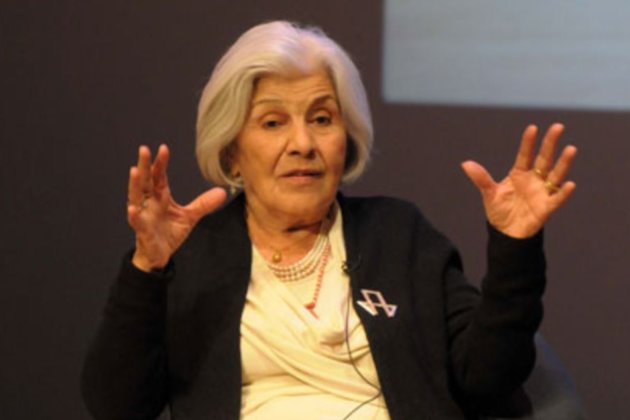 Prominent Iranian artist Monir Farmanfarmaian has died in her home in Tehran, the semiofficial ISNA news agency reported on April 21.

Farmanfarmaian, known for her mirror mosaics and reverse glass paintings, had her first solo exhibition at the Guggenheim museum in New York in 2015.

A museum devoted to her life and work opened in the Iranian capital in 2017. The Monir Museum, at the historic Negarestan park gardens, displays 51 works by the artist.

All my inspiration has come from Iran. It has always been my first love, Farmanfarmaian told The Guardian in 2017 on the eve of the opening of the museum.

When I traveled the deserts and the mountains, throughout my younger years, all that I saw and felt is now reflected in my art, she said.

Born in Ghazvin in northwestern Iran, she studied at the Faculty of Fine Art of Tehran University.

She later traveled to New York, where she attended Parsons School for Design and Cornell University.

Farmanfarmaians art has been exhibited in Iran, Europe, the United States, and in the Middle East.

She was forced into exile following the 1979 revolution when some of her works and art collection were confiscated.

She returned permanently to Iran in 2004.

With reporting by The Guardian, ISNA, The New York Times, and Harper's Bazaar