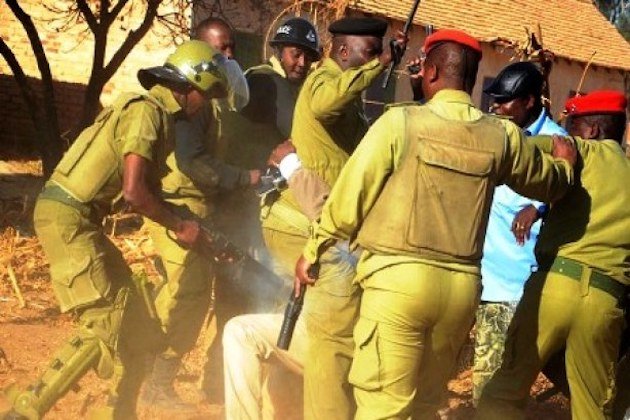 Ten detained in Tanzania on suspicion of being gay

DODOMA, Tanzania - Ten men remain in custody after being arrested during a raid on a same-sex marriage on the island of Zanzibar in Tanzania.

Police say they raided the gay wedding at Pongwe Beach on Zanzibar, after receiving a "tip-off" from members of the public.

The raid came just five days after Dar es Salaam's Regional Commissioner Paul Makonda announced plans to form a government taskforce to hunt down people believed to be lesbian, gay, bisexual, transgender or intersex (LGBTI). Makonda said the 'hunt' would start on Monday 5 November.  The raid on the wedding at Pongwe Beach however took place on Saturday 3 November.

Around sixteen people had gathered for the beach wedding, 6 of them managed to get away. The other ten were arrested "on suspicion of being gay."

Despite publicly vowing to hunt down homosexuals, a backlash pressured the Tanzanian government to back down, at least publicly. On Sunday 4 November, the Government of Tanzania, through its Ministry of Foreign Affairs, described Makonda's remarks as his "personal opinion."

Ministry officials said that no one would be targeted and arrested because of their actual or perceived sexual orientation and gender identity.

"This is a shocking blow following the Tanzanian government's assurance that no one would be targeted and arrested because of their actual or perceived sexual orientation and gender identity," Seif Magango, Amnesty International's Deputy Director for East Africa, the Horn and the Great Lakes said on hearing of the arrests on Zanzibar island.

"This appalling attack on Tanzanian people simply exercising their human rights shows the danger of inflammatory and discriminatory rhetoric at senior levels of government."

The 10 men being held at Chakwa police station in Unguja, are being held with charges having been brought against them.

Amnesty International says it established that the men were arrested for allegedly conducting a gay marriage, with police saying they found the men sitting in pairs "two by two."

"It is mind-boggling that the mere act of sitting in a pair can assume criminal proportions. The police clearly have no grounds to file charges against these men in court, despite arresting them," Seif Magango said.