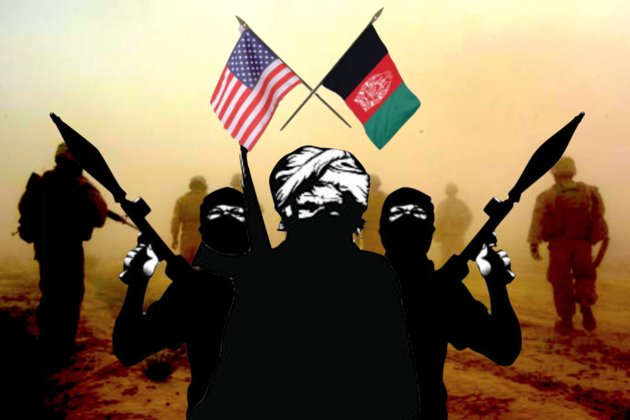 KABUL, Afghanistan - A day after Russia launched its quest for elusive peace in Afghanistan, hosting members of Afghanistan's High Peace Council (HPC) and Taliban for discussions in Moscow - the insurgent group stepped up its attacks in the war-torn country.

Amid rising violence in Afghanistan, a conference facilitated by Russia began in Moscow on Friday.

Touted as Russia's attempt to "open a new page" in Afghanistan's history, the talks featured members of the Qatar-based Taliban and officials from the High Peace Council - a government-appointed body responsible for reconciliation efforts with the insurgent group.

Some of the 12 countries invited by Russia too participated in the talks, where the HPC reiterated the Afghan President Ashraf Ghani's offer of peace talks with Taliban without preconditions.

However, merely a day after Taliban members committed to holding direct dialogue after talks, fighters of the insurgent group intensified attacks in Afghanistan.

Safder Mohsini, the Provincial Council head in Baghlan revealed that after killing the troops, the insurgents burned down the army base and planted bombs around it.

Mohsini said that four tribal elders were killed by the explosives that the Taliban left behind, when they reached the destroyed army base to recover the bodies of the soldiers.

Taliban promptly claimed responsibility for the attack and declared that the group's fighters managed to get their hands on ammunition at the base.

The attack was part of ongoing Taliban fighting in Jaghori district and left 15 Afghan civilians and ten commandos dead, while injuring six members of the security forces.

The commandos killed in the attack had been deployed to the district to reinforce Shi'ite militia forces that have been fighting Taliban in the central province.

The battle in Jaghori district, which is inhabited mainly by Shi'ite ethnic Hazaras, has continued since Wednesday, when Taliban fighters attacked the district.

With civilians in the district in the line of fire, the Afghanistan government sent special forces units to back up local militia forces there.

Mujahid added that Taliban had also captured one military base and five security checkpoints in attacks in both the provinces.

Despite engaging in peace talks, Taliban insurgents have carried out near-daily attacks in the country, that has been in a state of war for over 17 years.

Taliban has ramped up its attacks targeting Afghan security forces at rural outposts and government facilities, which has left troops stretched throughout the country.

The U.S., which continues to remain engaged in Afghanistan's battle against Taliban - is now involved in its longest overseas military engagement that has lasted 17 years after its troops overthrew the Taliban government in Afghanistan.

However, despite scores of deaths and an endless, gruelling war, Taliban insurgents have managed to gain control of nearly half the country.

After participating in peace talks in Moscow this week, Taliban reiterated that the discussion was focussed on "finding a peaceful solution to the Afghan quandary and ending the American occupation," stressing that the group was not open to negotiations.